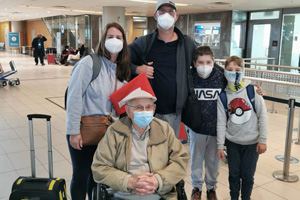 The broad range of political parties which make up the new Israeli government also represent a wide variety of views on the Land of Israel and what areas must be either retained or ceded to ensure peace with the Palestinian Arabs. Many coalition members on the Right see continued settlement building as not only a security imperative but also a religious duty, while those on the Left insist it seriously undermines chances of reaching a two-state solution. So far, the ruling coalition has concentrated on the need to pass state budgets, but their differences over the land-for-peace question are beginning to fray at the government’s cohesion.

The new Knesset is decidedly tilted to the Right, with a strong majority of 70-plus MKs belonging to parties which place great value on holding onto as much of Eretz Israel as possible for security and religious reasons. But the current coalition is fairly balanced from Right-to-Left due to its more immediate goal of keeping former prime minister Benjamin Netanyahu out of power. Thus, those in the Bennett-Lapid government are having to live with their differences for now on land/peace issues. But it makes for an almost daily drama of internal and public quarreling over settlement expansion.

At present, there are multiple flash points over Israeli settlement activity which are drawing the attention and ire of the international community. These include such hot spots within Jerusalem as Sheikh Jarrah, Givat Hamatos, Atarot airport, and the E-1 Corridor just east of the Mount of Olives. Meantime out in the territories, a key source of coalition tension has been the Evyatar settlement outpost, set up in response to a terror attack which killed an Israeli teen near the Tapuach junction in Samaria just weeks before the government was formed.

In June, when the coalition was still young and more harmonious, a compromise solution was brokered whereby the 50 Jewish families who had moved to the site would vacate until the legality of the new community could be decided. But as the months have passed, some Jewish settlers have returned to Evyatar and coalition members on the Left have begun showing up to protest. They even have lobbied European leaders to condemn and sanction their own government, a move which understandably has outraged coalition partners on the Right.

The internal tensions over settlement policy mounted again this week, this time involving coalition contacts with American officials. Prime Minister Naftali Bennett and the Right were none too pleased when Public Security Minister Omer Bar Lev (Labour) met with Under Secretary of State for Political Affairs Victoria Nuland and afterwards tweeted out a photo and message that he had discussed “settler violence” with the US diplomat. Ever since, Israeli media outlets have fixated on the Left/Right coalition spat over whether the Biden Administration truly is “obsessing” over the settlements issue.

Once the 2021 state budget was passed in early November, these sharp divisions within the government over the fate of the Land of Israel have come increasingly to the surface. This has forced key figures in the Center to steer a middle course intended to placate world powers while keeping the government intact.

In his role overseeing the IDF’s civilian administration in the West Bank, Defense Minister Benny Gantz has allowed new settlement housing starts to continue at almost the same pace as recent years. In addition, PM Bennett has set a goal of at least doubling the number of Israelis on the Golan and in the Jordan Valley, both of which hold unique strategic importance for Israel. But in a corresponding gesture to their left-wing colleagues, Bennett and Gantz also are permitting more homes to be built for Palestinians in Area C, as well as increasing the number of permits allowing them to work in Israel.

Nonetheless, the Left is not hiding its displeasure with its own government’s current policies. The Meretz and Ra’am parties reject all Israeli construction in Judea and Samaria, even calling it “criminal”, while the Labour party opposes any building outside the main settlement blocs.

There is a new deadline coming up in February for the 2022 state budget, and the possibility of a Netanyahu comeback is ever lurking in the background, meaning the coalition still has incentives to stay together for now. But given the Israeli government’s vastly divergent views on the land-for-peace formula, we should not expect any significant movement either for or against land concessions to the Palestinians anytime soon. What we can expect, however, is more coalition fireworks over whether the Jewish people should forge ahead with the settlement enterprise or freeze it and carve up their ancient homeland.