—by Nicole Yoder, VP of Aid and Aliyah 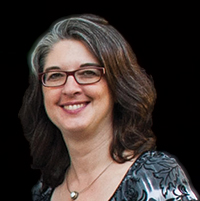 I just visited the Israeli communities near the Gaza border to offer support and see how they are doing since the recent Gaza conflict ended.

Arriving at the Sadot Negev Resilience Center, I was greeted by the center’s manager Esther Marcus, who expressed an emotional thanks from a heart overflowing with gratitude to the International Christian Embassy Jerusalem for our ongoing support.

Esther cannot recall how many times during this latest Gaza conflict the red alert siren sounded at all hours day and night, signaling a constant barrage of missiles headed their way.

“You are saving lives and thank you for saving my life!” said Esther, as she recalled having to run to the center’s safe room built last year by the ICEJ. “People ask me all the time; do you get used to it? – I say, you never get used to someone trying to kill you, but you do learn to cope, and you build your resilience,” said Esther.

Esther was kind enough to let us record a message of thanks from her to all the generous ICEJ supporters who make these bomb shelters possible: