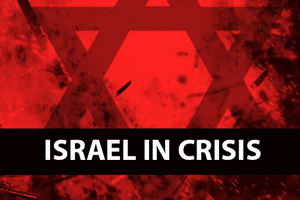 The sigh of relief in Israel was palpable. Lockdowns, further lockdowns, and restrictions! Now it was almost over. A year of challenges left behind. Yet suddenly, the sense of freedom was gone. A lockdown of a different kind was triggered by repeated barrages of Hamas rockets. For nearly two weeks, especially in southern Israel, residents spent days and nights in bomb shelters.

ICEJ Homecare regularly visits families in Beersheva and other places in southern Israel. Unable to visit during the war, phone calls assured them that Christians around the world were praying and standing with them in this difficult time, and that we would come by at the first opportunity. Finally, we could resume our visits, taking along bags with dolls, games, coloring books and pencils for children.

The Homecare team visited a single mother with three young children. They live in a poor area and her apartment does not have its own ‘saferoom’. We heard her story, and the fear in her voice.

“We all slept in the living room and when the siren went off in the middle of the night, which happened often, I took the baby of six months on one arm, my special needs daughter on the other, while the six-year-old had his shoes near the door and we ran down the three floors in a matter of seconds,” she explained. “We were trained, and it became our sport to do it as fast as possible.”

“In the saferoom, we were with neighbors and the minute my boy and another his age arrived in the saferoom, they played as friends, not thinking of any danger,” she added.

Whenever the rockets came, another elderly lady said she relived childhood memories of suffering in the Second World War, but she was sure the God of Israel would help her.

We all respond differently in times of crisis. But we can make a difference for those who get overwhelmed by assuring them that they are not alone, and that others are supporting, giving and praying for them.