How ‘Righteous’ Does One Need To Be?

Character traits of the ‘Righteous Among the Nations’ 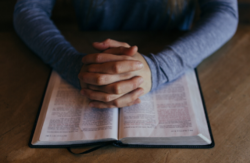 The historical account of the Holocaust would not be complete without the amazing stories of the brave individuals who risked their lives to save Jews. This is why Yad Vashem, Israel’s Holocaust Memorial, works tirelessly to locate and honor them as “Righteous Among the Nations.”

While it can be said the majority of Europeans turned their backs on the Jews, there was an amazing minority who helped them. They are rays of light in an otherwise very dark era. They restore our hope in humanity.

Many studies have been conducted to determine what gave these brave souls the courage and moral strength to be rescuers. And while we evangelical Christians would like to think that they were all very spiritual Christians who understood the biblical significance of the Jewish people, nothing could be further from the truth.

Yes, there were those lovely Christian saints such as Corrie ten Boom’s father who read from the Bible every day and was motivated to rescue Jews by his strong Christian faith. We think of the ten Boom family as truly being “righteous.” But most rescuers were just regular every day people.

The 27,362 Righteous documented by Yad Vashem so far come from 51 countries; they are Christians (from all denominations) as well as Muslims, religious and agnostic, men and women, people from all walks of life, of all ages, educated professionals and illiterate peasants, rich and poor. Some were even anti-Semitic. The only common denominator between these brave souls is the humanity and the courage they displayed by standing up for their moral principles.

What gave them the courage and moral strength to do what they did? What made them risk execution, or imprisonment, and endanger their own families?

Most studies agree that the rescuers all exhibited strong individuality. They were independent and did not need the approval of others. They also had strong convictions about helping the weak. Most said that the fact that the needy individual was a Jew had no bearing on their decision to help. They simply felt they should help those needing their help.

So how righteous does one need to be to rescue Jews? Actually, not righteous at all. We just need to care about those around us who are suffering and needy. How could something so basic to humanity as caring for others have been so rare?

How could there not have been more evangelical Christians in their ranks? That is the real question.