For the first time in almost 2,000 years, Jews and Christians are learning how to be friends and relate to one another with respect and appreciation. To fully understand how new and how delicate this relationship is, we must know our history and what has brought us to this moment.

If charted out graphically, the history of Jewish-Christian relations would look more like a circle that is about to be completed but still has an open gap. The beginning of the circle some 2,000 years ago is from the time of Acts 2 when the early church was born and was an internal sect of the Jewish faith.

The various stages of the relationship included a separation into two totally separate faiths who then became enemies. Over the last 500 years the trajectory began to change, and the circle began to close as a large segment of Christianity returned to its biblical foundations. While we have made tremendous progress in mending the breach that was our history, we still have a way to go before it can be described as repaired.

Today, most Christians understand Jesus was Jewish, as were his disciples, the apostles, and even all Christianity. This is where the early church and our journey begins. All that we hold dear as Christians came through the Jewish people, and the better we understand the Jewish roots of our faith, the stronger our Christian faith becomes.

The early Christian movement—known as “The Way”— was entirely Jewish for almost 10 years after the resurrection and ascension of Jesus. The book of Acts chronicles early tensions between the mainstream Jewish community and the early believers in Jesus. In fact, there were times when Jews persecuted the apostles for preaching Jesus. For example, Steven was stoned to death, and when a Jewish mob sought to kill Paul, the Romans put him into custody in Caesarea to save his life. But at this point, these were internal squabbles within Judaism.

Within a few years, gentiles began to join the early church, and tensions surfaced within the movement itself—between the Jewish believers in Jesus and the gentile converts coming in from the pagan, Roman society. Many of Paul’s epistles address matters of disagreement between these different groups inside the early church.

As Christianity spread throughout the Roman Empire it endured periods of intense persecution. As long as it had been a sect of the legal Jewish religion, the believers were safe. But this became impossible as the two faiths developed quite separately from the other. Christians were not just persecuted by zealous Jews but also the Roman authorities.

In addition to an ideological separation, the two faiths also became separated geographically. After Rome destroyed Jerusalem and the temple in AD 70, the headquarters for the Jewish faith moved north into the Galilee at Yavne; Jewish leaders began to look inward as they focused on the survival of Judaism while in exile and without a temple. The headquarters for the Christian faith began to develop in Alexandria, Antioch, and Rome, where churches and their leadership were quickly becoming less Jewish and predominantly gentile.

Christianity Severed from Its Roots

Once the Roman emperor Constantine converted to Christianity in AD 312 AD, everything changed for Christians. The once persecuted faith became the official state religion. The church now had political power and lost its spiritual purity over time.

Early church fathers took advantage of their power and began to preach against the Jewish religion. It was time to get back at the Jews for their rejection of this new faith and draw a clear line of distinction between the two religions. This line of demarcation actually severed the Christian faith from its Jewish roots.

The apostle Paul had warned against this very thing in Romans chapters 9 11. He admonished the believers in Rome to guard against arrogance and honor the Jewish roots of their faith. He likened the relationship to a tree of faith that Christians had been grafted into as wild olive branches. Christians were to be mindful that they were merely branches and it was the root supporting and nourishing them. If only the early church fathers had heeded Paul’s warning.

Over the centuries the sermons against Judaism developed into antisemitism that condoned maltreatment of the Jewish people as “Christ-killers.” Because of the political power of the state church, antisemitism produced centuries of anti-Jewish legislation, persecution, ghettos, and even expulsions. The Jews were often forced out of one country into another, only to be later expelled from there as well—often by a king who was also the head of the state church.

Christianity Begins to Find Its Roots

The very thing that brought about a major change and began the closing of our circle of history was also strongly resisted by these same state churches—the translation of the Bible into the common languages. William Tyndale was executed for his English translation, which was then adopted by the church of England several months after his death at the stake.

Once the people could read the Bible for themselves, not only did the church lose its control over them, but they discovered the Jewish roots of the Christian faith. They learned that Jesus was Jewish, and they found the Bible was full of prophecies that one day the Jewish people would return to their ancient homeland. They began to pray for that return, and a whole movement of Protestants in Britain became known as Restorationists because of their expectation of the restoration of the Jewish people to their land.

Numerous preachers taught about this future restoration of Israel, and over the years, several key individuals were involved in that return. A few examples are Rev. Hechler, who befriended and assisted Theodore Herzl; Lord Balfour, who penned the Balfour Declaration; Prime Minister Lloyd George, who was in office at the time of Balfour; General Orde Wingate, who trained the Jewish troops in Palestine; and many others.

While Christianity was making this tremendous and slow turnaround, Jew-hatred developing from an entirely different place: the Nazi movement in Germany. While Nazism had its own strange beliefs opposed to Christianity, Hitler knew how to silence the church in Germany: by distributing their antisemitic teachings to justify his plan of a final solution.

The Jews had already started returning to their homeland, and Christianity itself was finding its ancient biblical roots, but not quick enough. Six million Jews died in the Holocaust, and centuries of Christian antisemitism had made it possible.

For the first time in 2,000 years Jews and Christians are learning how to be friends and relate to one another with mutual respect. To fully understand how new and delicate this relationship is though we must know our history and what has brought us to this moment. We also need to learn from some of the pioneers who have helped pave the way for this blossoming friendship. This new series on Jews and Christians Learning to Relate will do just that. In this episode we cover the history of Jewish-Christian relations from the time of the New Testament to the Holocaust.

In ancient times one’s name was considered a prophetic description of their character or destiny. So when God named Himself it was a definitive description of who He is. When studying God’s character we must start with the name He gave Himself. The name of the eternal God who was, who is, and who is to come. 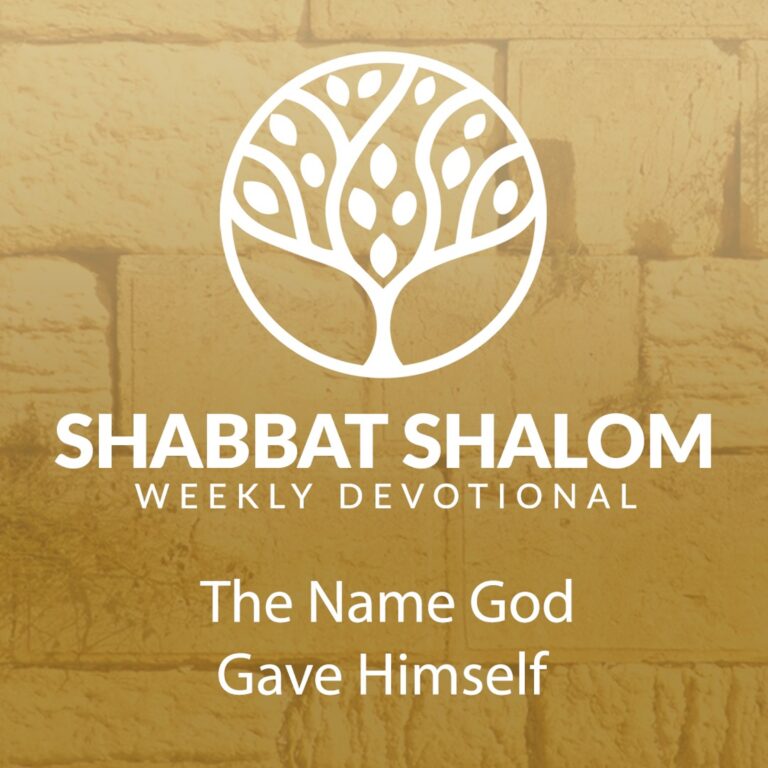 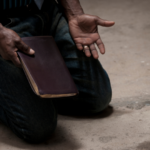 Our God loves to bless His children. In fact, this is one of the things that set the Israelites apart from all other people ... 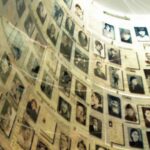 The death of six million Jews in the heart of Christian Europe had served as a wake-up call in many respects.... 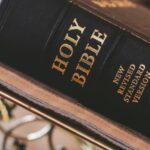 For the first time in almost 2,000 years, Jews and Christians are learning how to be friends and relate to one another with respect and appreciation...