Why Jerusalem is Important to Christians 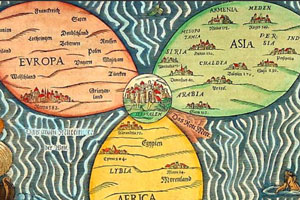 Pray for the peace of Jerusalem: “May they prosper who love you. Peace be within your walls, Prosperity within your palaces” (Psalm 122:6–7).

Behold, I will make Jerusalem a cup of drunkenness to all the surrounding peoples, when they lay siege against Judah and Jerusalem. And it shall happen in that day that I will make Jerusalem a very heavy stone for all peoples; all who would heave it away will surely be cut in pieces, though all nations of the earth are gathered against it. (Zechariah 12:2–3)

There have been numerous UN resolutions about Jerusalem and yet no peaceful resolution over its fate. Indeed, Jerusalem seems to have an intoxicating influence over people. Recall all the major Arab/Muslim riots in recent decades over minor Israeli moves in the city.
The prophets foretell of a coming conflict over Jerusalem that will involve all nations. This is one of the signs of the coming of the Messiah. The disputed status of Jerusalem is an indication of our prophetic times. If you want to discern the times, look to Jerusalem. Jesus said: “Jerusalem will be trampled by Gentiles until the times of the Gentiles are fulfilled” (Luke 21:24). Jerusalem was occupied—trampled—by the gentiles from the Roman destruction in AD 70 until June 1967. With the liberation of Jerusalem, a paradigm shift occurred. Jerusalem is now at the center of world attention. And God is restoring Israel. We are moving toward the fulfillment of all the remaining prophecies, of salvation for Israel and judgment on the nations. And then His feet will stand on the Mount of Olives. Jesus will come to reign from Jerusalem, and all nations shall come up to Jerusalem to worship Him. And in the end, there will finally be a “New Jerusalem” coming down from heaven—pure and holy.
So Jerusalem is close to God’s heart. It is the place where significant events in salvation history occurred, and it is the future throne of God to rule over all nations.
One final thought on why Jerusalem plays such a critical role. Genesis 14 tells the story of Abraham returning after defeating five kings and meeting Melchizedek, the king of Salem (Jerusalem) and also meeting the king of Sodom. The two kings are opposites. Melchizedek is a righteous king and priest of the one true God. He offers bread and wine to Abraham, who accepts the gifts and offers back a tithe of his increase. In contrast, the king of Sodom offers him the ill-gotten spoils of war and is refused (Genesis 14:17–23).
Abraham was put to a test. He had to make a choice. Would he choose material possessions from Sodom or a humble life of righteousness and peace before God? Abraham understood the choice perfectly—and chose well!
I believe Jerusalem represents this choice for all peoples and nations. This city demands a decision. God chose Jerusalem to be a measuring stick by which He is going to judge all nations. May Jerusalem never lose its spiritual importance to us.
Share
Prev project Next project