A Hope Anchored In God’s Promises 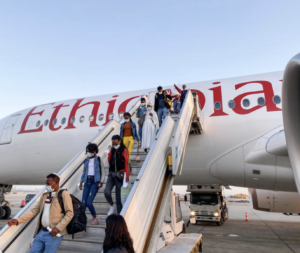 The last Aliyah flight of ‘Operation Rock of Israel’ arrived in early March, bringing the final group of some 2,000 immigrants from the Ethiopian Jewish community who came to Israel during this emergency airlift. Through this initiative, the International Christian Embassy Jerusalem has sponsored Aliyah flights for 502 Ethiopian Jews so far this year. For these olim (new immigrants), the historic return to their Jewish homeland is a dream come true. However, this is not the end of the journey, but only the beginning, as now they will have to build a strong foundation for their new life in the Promised Land.

Israel takes care of most of their needs as new immigrants up to a year or more by placing them in absorption centers. An ICEJ delegation recently visited one of these absorption centers in Kiryat Gat, to meet the newly arrived Ethiopian immigrants and hear their stories firsthand.

Liat Kessler, a social worker at the Kiryat Gat absorption center, warmly hosted our Embassy staff and updated them on how the integration process was going for the recently arrived Ethiopian immigrants. She first noted that half the new arrivals had some form of formal education and half did not. “Because of the different needs we had to open different Hebrew language classes and education styles for the two groups,” Liat said.

Those who had been able to get proper schooling before arriving in Israel were usually able to do so because family members who were already in Israel sent them funds to pay for their classes. Others without this help were not able to study at all.

“The conditions for Jews in Ethiopia are very difficult”, Liat explained. “It is especially hard for large families to rent a big enough place to live. Sometimes, several families have to rent one place together. Many of these newest arrivals were born in the transit camps and the situation of ‘waiting to come to Israel’.” 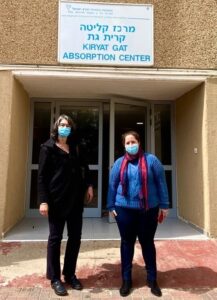 Salomon Tefere is one of the young men born in the Gondar transit camps with the dream of moving to Israel. The Aliyah story of his family began many years ago when his grandparents were the first to leave there and move to Israel with the expectation that the rest of the family would soon follow. However, they did not expect it to take 17 long years. Despite many years of waiting, his family never gave up hope for a reunion. Their hope was anchored in Bible prophecies about the return of the Jews to their ancient homeland.

Even though most Ethiopian Jewish families in Gondar live below the poverty line, Salomon was fortunate enough to have the opportunity to pay for schooling and become a textile engineer. After graduation, he got a job in a company that works with China. During this time, he took up the new challenge of learning Chinese and after a year of successful studies, he has been essential as a translator at the company.

Salomon is a talented young man who would like to continue working in the same profession here in his new home of Israel. One advantage he has is that the degree he earned in Ethiopia will be recognized in Israel.

While dreaming of one day being in Israel, Salomon made an effort to learn more about this beautiful country on the Internet. Nevertheless, when asked what surprised him most about Israel upon arrival, Salomon said without hesitation: “How green it is here and how developed Israel is for such a small country! Even the water sprinklers and the agricultural areas were a surprise for me.” 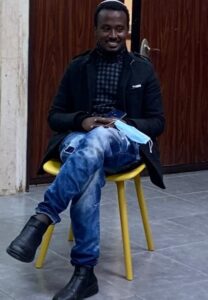 His heart also is filled with gratitude for all the Christian donors who helped him and his family reach the Promised Land: “Thank you to the donors and to Israel. God gave you the ability and the resources to help us. You are God’s ambassadors,” said Salomon.

We rejoice together with Salomon and many other Jews who have been able to return home and start a new life in Israel thanks to our generous Christian supporters worldwide. We appreciate your faithfulness and encourage you to continue to support the ICEJ’s aliyah and absorption efforts, which are giving much needed hope to many Jews around the world longing to reach the Land of Promise.