How Have the Jewish People Survived Against All Odds? 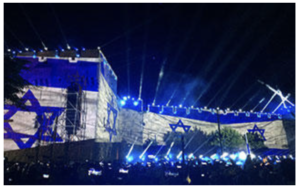 One cannot help but notice when reading the Bible that most of the people groups mentioned no longer exist. Even the major empires such as the Assyrian, Babylonian, Persian, and Roman Empires have passed from history. But, this tiny little people group—the Jewish people, numbering no more than 17 million at any time in history—still exists.

They somehow survived two exiles (one of which was almost 2,000 years long) and centuries of persecution and expulsions, as well as multiple attempts at annihilation. Certainly, the odds were against their continued existence, not to mention the reestablishment of national sovereignty in their ancient homeland.

To describe their survival as a miracle is justified and correctly assigns responsibility for it to God, who affirmed several times in the Hebrew Scriptures that the people of Israel would never cease to be a nation before Him (Jeremiah 31:36; Isaiah 66:22). Even if all the other nations are brought to an end, they would remain (Jeremiah 30:11).

The calling on the Jewish people was to bless the world with God’s redemptive plan—and they would suffer greatly for it. The powers of evil would forever fight against God’s plan because it would bring an end to their power on earth. They would attempt to stop it by destroying the people called to bring it about. The God of Israel understood the difficult place that this put His people in, and therefore guaranteed their survival.

The Book That Preserved

As His people, they represented Him in an evil and idolatrous world. Therefore, they needed to live a righteous life that reflected the holy characteristic of their God and observe hundreds of moral and ritual laws. As dispersed Jewish communities throughout all five continents passed down these laws from generation to generation, they retained an identity that went beyond their nation of residence. Even within a wide diversity of interpretations of these laws, the book in which they were found—the Torah—kept Jewish identity alive.

Their remarkable achievement in retaining a national identity during 2,000 years of dispersion is unmatched by any other people group in history. David Ben Gurion, Israel’s first Prime Minister quipped, “We have preserved the Book, and the Book has preserved us.”

Because many of the laws required residency in their ancient homeland, a longing to return to Zion also bonded communities of Jews now living on different sides of the world and without a common language. “Next year in Jerusalem” became the heartfelt motto for Jews no matter their age, ethnicity, place of residency, or language.

Almost half of the Jews of the world live in the Land of Israel today, where they have enjoyed 70 years of statehood and endured 70 years of a constant state of war and thousands of terror attacks. The Iranian regime reminds them regularly of its intention to annihilate Israel while it develops the nuclear weapons that will allow it to do so. The Boycott, Divestment, and Sanctions movement (BDS) has bombarded Israel with a steady stream of hatred and demonization of her citizens.

Yet, Israel has been ranked as the eleventh happiest country in the world for five years now! This astounding statistic indicates the great resiliency of the Jewish people. Centuries of opposition have made them a strong people. They have not just survived but have thrived.

Principals found in their Book have also made them a caring people. In spite of how they have been treated by others, they are volunteering and helping the helpless around the world. The little state of Israel has provided humanitarian assistance in over 140 countries—all because of the Jewish concept of tikkun olam, to “repair the world,” and their biblical mandate to be a “light to the nations” (Isaiah 60:3).

The story of the survival of the Jewish people is a painful one, filled with much suffering and great sorrow, but it ends with the greatest event of all history. That is the day the Lord will appear in His glory in Zion and rule the nations from there (Psalm 102:15–16). Jerusalem will be a praise in all the earth (Isaiah 62:7), all wars will cease (Isaiah 2:2–4), and the nations will come up to Jerusalem to worship the King of kings and Lord of lords—the God of Israel (Zechariah 14:16).