What Sets Israel Apart From Other Nations? 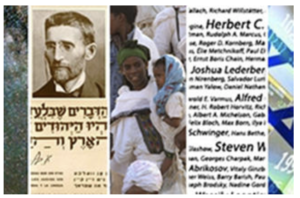 Israel, a nation as small as the state of New Jersey, occupies center stage of the world’s attention. While vilified by some circles, the Jewish State is also admired by many for a story that is unique from that of all other nations. Having defied the odds against the survival of this tiny people group—no more than 14 million worldwide—the Jewish people have built a nation that is thriving and is leading the world in many ways. Here are a few of the things that make her story not only unique but remarkable.

The Bible tells the unusual story of the miraculous inception of the Jewish people some 4,000 years ago and their calling to be God’s instrument of blessing in the world. Their role was to “bless all the families of the earth” (Genesis 12:3) by being the vehicle of God’s redemptive plan. This calling required that they follow certain laws and practices that marked them as His and caused them to stand out as different from other peoples. This uniqueness was also dangerous and made them an easy prey of cruel leaders who sought conformity to ideologies and practices at odds with Judaism. But God promised the Jewish people would survive, and one day, would return to their God-given land. Their story is unfolding just as the Bible foretold.

Israel still holds the distinction as the only success story in world history where an ancient language achieved modern usage. The Hebrew language was preserved in sacred, written form, yet as a spoken language it had become extinct in the Diaspora. That is, until 2,000 years later when lexicographer Eliezer Ben Yehuda set out to resuscitate Hebrew in the late nineteenth century. Ben Yehuda immigrated to then-called Palestine in 1881 and lived in Jerusalem where he began his arduous task. Gabriel Birnbaum, a senior researcher at the Academy of Hebrew Language, said, “By 1914, Hebrew as a spoken language in the land of Israel was a fact.” Ben Yehuda’s legacy continues every time new immigrants of any age enroll in Israel’s free intensive Hebrew classes.

An Expert in Refugee Resettlement

When Israel became a modern Jewish state in 1948, Arab nations expelled hundreds of thousands of Jews who had lived in their lands for millennia. Israel—a tiny nation of 600,000 Jewish people barely out of the horrific Holocaust with scant resources—welcomed a million Jewish refugees between 1948 and 1960. They arrived with barely anything since the Arab nations kept all the Jewish wealth, homes, and businesses.

Israel has subsequently absorbed many waves of immigrants throughout her short history. One such wave has been that of Ethiopian Jews beginning primarily with Operations Moses and Solomon in the 1970s and 1980s. Israel once again demonstrated its remarkable DNA. It holds the distinction as the nation that brought African peoples to freedom rather than slavery.

Looking at the worldwide Jewish population outside Israel itself, here’s a remarkable statistic: According to the Jewish Virtual Library, approximately 195 of the 900 Nobel prize honorees since 1901 have been Jewish (22%). It’s especially amazing since Jewish people make up less than 0.2% of the world’s population currently estimated at 7.6 billion people. The categories include literature, chemistry, medicine, world peace, physics, and economics. These numbers reveal not just intelligence but a commitment to education and innovation that helps to explain Israel’s leadership in so many fields today.

Following are just a few of the thousands of examples of how Israel is leading the world in innovation and problem-solving: IDE Technologies is recycling salt water into fresh, drinkable water; Netafim’s smart drip and micro-irrigation have improved crop production worldwide; Mobile Eye has helped reduce auto accidents; ReWalk is helping paraplegics walk; and WoundClot bandages are saving lives. These innovations have made possible 65 Israeli companies on the NASDAQ. Only the United States and Canada have more.

Tiny Israel has survived war, terror, and anti-Semitism for decades while blessing the world in the process. Her oversized achievements not only make her unique but also truly remarkable amongst the nations.