This Is The Year To Move The US Embassy To Jerusalem 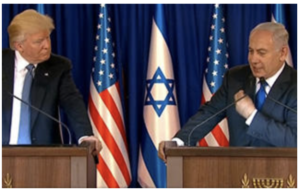 This move would right a historic injustice: the one country in the world where the US Embassy is not located in the functioning and declared capital city is our closest and most democratic ally in the Middle East. A country whose citizens love America, weep when we weep, celebrate when we celebrate, and share our values, deserves this type of recognition.

It also would end an unrealistic requirement in UN Resolution 181 known as the 1947 UN Partition Plan. This resolution was a proposal to partition Mandatory Palestine at the end of the British Mandate making way for the creation of independent Arab and Jewish States. Jerusalem was not included in either state—Jew or Arab—and was to have a special international regime overseeing it for ten years after which the residents could vote regarding their status.

The UN Partition Plan was not law and is considered a non-binding resolution. However, it did express international backing for Jewish and Arab statehood in Mandatory Palestine. As a result, Jewish leaders declared statehood, and for this reason alone the Partition Plan is to be appreciated.

The Arabs, however, did not announce statehood and instead rejected the Plan, declared war on Israel, and attempted to take over Jerusalem—and all of Israel if possible. At the end of the war, Jordanian Arab forces occupied the entire Old City of Jerusalem, including the Temple Mount—the holiest site in the Jewish faith. They destroyed the synagogues in their territory, killed or expelled all Jews, and made the eastern part of Jerusalem Jew-free until 1967 when Israeli forces gained control of eastern Jerusalem as well as the entire West Bank.

The UN Partition Plan had the best of intentions but was a total failure due to its rejection by the Arab leaders. Now is the time for the world to recognize this failure and give up on the notion that any of it still applies today, especially the provision of placing an international regime over Jerusalem.

Even if the city had been internationalized in 1948, the Partition Plan only called for a ten-year regime after which the residents could vote on their status. Today, after 50 years of Israeli sovereignty over Jerusalem, most residents would vote to remain under Israeli governance. Recent polls indicate that just over half, or 52 percent, of Arab residents of Jerusalem would prefer Israeli citizenship, and many would move to Jewish neighborhoods to stay under Israeli rule if necessary.

Opponents of the embassy move often caution against it out of fear of a violent reaction. No one wants to be the cause of unnecessary bloodshed, but we need to learn from Israel not to allow terrorists and jihadists to dictate our policy. Also, this president has more political leverage than any other in years and could very well pull this off with minimal reaction if he plays his cards right. The entire Sunni Arab world wants his help against Iran and will be willing to concede in other areas to get it.

Then there is the fear of derailing peace talks. There is no better way to get the Palestinians to the table than to place the US Embassy in west Jerusalem. Doing so would demonstrate that the longer the Palestinians refuse to negotiate, the more ground they will lose. Now, that is the way to get peace negotiations started!

It is time for the nations to recognize that Israeli sovereignty over Jerusalem has kept the peace—not blocked it! Under Arab control, the Old City experienced ethnic cleansing and complete destruction of the Jewish quarter including its synagogues. Under Israeli control, the city has been rebuilt, holy sites have been maintained, and freedom of worship has been protected for all faiths. As a Christian organization based in Jerusalem, the ICEJ can attest to this. In all honesty, we owe Israel a big “thank you” for the freedom of access to the sites holy to our faith!

An Anniversary Worth Celebrating

This year is the anniversary of several significant events beginning 120 years ago, in 1897, when Theodor Herzl declared at the First Zionist Congress the Jews would have a state within 50 years. One hundred years ago, in 1917, British General Allenby entered the city of Jerusalem on foot ending some 1,300 years of Muslim rule over the city. Seventy years ago, in 1947, the UN Partition Plan paved the way for statehood, and 50 years ago Israeli sovereignty was established over all of Jerusalem. What better time for the nations to recognize Jerusalem as the capital of Israel than 2017—the 50-year anniversary of its reunification under Israeli sovereignty.

Jesus predicted these days when He said Jerusalem would be “trampled by Gentiles until the times of the Gentiles are fulfilled” (Luke 21:24). Two-thousand years later Gentile rule over Jerusalem has ended, and it is time for the nations to accept it!

Susan M. Michael is USA Director of the International Christian Embassy Jerusalem. Her writings can be found at www.icejusa.org/susans-blog.