Preparing to Tabernacle With God: The Feast of Tabernacles 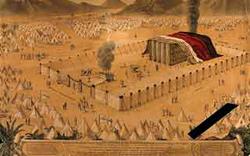 As someone who was at that first Feast of Tabernacles celebration in Jerusalem in 1980 and who has participated in over 30 since, I must admit that I am still learning and growing in appreciation of the deep meaning and prophetic significance of this biblical festival. It is not just a commemoration of a past event—it is a prophetic feast with a future end-time fulfillment, and its observance today is actually preparing the way for its final fulfillment at the coming of the kingdom of God.

What Is the Feast of Tabernacles?

The Feast of Tabernacles is the third of the three great Feasts of the Lord: Passover, Pentecost, and Tabernacles (the Hebrew word succah can be translated “booth” or “tabernacle”). While Passover was fulfilled in the death and resurrection of Jesus and Pentecost in the outpouring of the Spirit upon the early church, the Feast of Tabernacles will find its final fulfillment in the end times.

It has been said that redemptive history has three segments. There is a Passover segment from Moses to Jesus. There is a Pentecost segment in which we are now living when the Spirit of God is being poured out, and the harvest is being gathered from every nation of the world. The final great segment of human history will be the Tabernacles segment.

According to Leviticus 23, the Feast of Tabernacles was designed to remember God’s provision for the Israelites when they wandered in the desert for 40 years. They were to build temporary dwellings (succas) where they lived for a week each year to remember how God provided for them. Once the Israelites entered the Holy Land, God’s provision became linked to rain, and the Feast became a harvest festival during which they celebrated the abundant harvest and prayed for rain for the following year.

The temporary dwellings also pointed to God’s glory that had covered the Israelites and protected them. The same glory later filled the tabernacle and then the temple. In other words, the individual succas were precursors to the temple—the place where the glory of God dwelt among man—and of the eternal sanctuary of God in heaven.

God’s Heart for the Nations

In the book of Revelation, John describes the heavenly sanctuary as the throne of God, where He is worshipped by a people bought from every tribe and tongue. God’s heart for the nations and His desire to include them in this family was there from the beginning and was expressed in the observance of the Feast of Tabernacles.

We find this interesting aspect of the Feast in Deuteronomy 16, where the priests are instructed to sacrifice a total of 70 bulls during the 7 days of this feast. Rabbis have pointed out that the 70 bulls correspond to the 70 nations of the world at that time. This means that for centuries, the Jewish people made intercessory sacrifices on behalf of the nations each year during this feast.

Since the destruction of the second temple in AD 70, there have been no sacrifices. Yet another practice has developed in Feast traditions that hints at this intercessory element. During prayer, the four species—etrog, palm frond, willow, and myrtle branches—are waved in the four directions of the earth. There are different rabbinic interpretations for this act, but many see in it a general acknowledgment of God’s mastery over all the earth and a prayer of blessing for all people.

Gentile Celebration of the Feast

God’s heart for the nations was always a part of the Feast and included in its observance was intercession for them. It was the prophet Zechariah who declared that one day the nations would indeed come up to Jerusalem and celebrate the Feast of Tabernacles (Zechariah 14:16).

When the first Christian celebration of the Feast was being planned in Jerusalem, the organizers met with the Chief Rabbi in Israel and asked his advice on how they should go about celebrating the Feast. After their discussion concluded and they were leaving his office, he called them back in and said, “If the gentiles are starting to celebrate the Feast of Tabernacles, I can hear the footsteps of Messiah.” He knew the words of Zechariah and the prophetic significance of what was being planned.

From the beginning of time, it was in God’s heart to tabernacle with man. As the apostle John saw the new Jerusalem coming down to earth in Revelation 21, he heard these words: “Behold, the tabernacle of God is with men, and He will dwell with them, and they shall be His people. God Himself will be with them and be their God” (v. 3).

The final fulfillment of the Feast of Tabernacles will be when the tabernacle of God is with man and we dwell with Him for eternity. Now that is something to look forward to and celebrate!