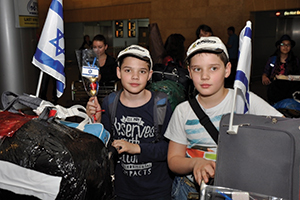 “Therefore do not fear, O My servant Jacob,” says the Lord, “Nor be dismayed, O Israel; For behold, I will save you from afar, and your seed from the land of their captivity…” (Jeremiah 30:10a)

What turbulent times we live in! Just as the global corona health crisis finally seems to be waning, Russia initiates a major war with Ukraine.

The separatist conflict in eastern Ukraine has been smoldering since 2014, but now it has been deliberately escalated with the Russian military’s multi-pronged invasion of their neighbor. There is widespread shock and fear as many in Ukraine did not expect the raging battle to come so close so quickly. And once unleashed, who knows where this war may lead?

Until yesterday, Israeli leaders had been very cautious about weighing in on the growing Russia-Ukraine crisis due to the delicate balancing act Jerusalem must play––there are still large Jewish communities in both countries, and Russia could easily harm Israeli interests through its military presence in Syria and strategic alliance with Iran.

Meanwhile, at the ICEJ, we have been gathering Christians from around the globe to pray together for the believers in Ukraine who in recent years have been united and reconciled to their fellow believers in Russia by their identity in Christ. We certainly pray for all their safety and that they may have courage and absolute trust in God at this time. We are also praying for true peacemakers to arise in this volatile crisis to bring a quick end to the violence and bloodshed.

The sharp escalation of the Ukraine conflict is an unfolding tragedy, but it also presents Christians who love Israel with an opportunity to help Jewish communities fleeing the fighting in Ukraine.

The ICEJ has been involved in the Aliyah from Ukraine since the 1980s. We were especially active in the early 1990s when we helped transport over 35,000 Ukrainian 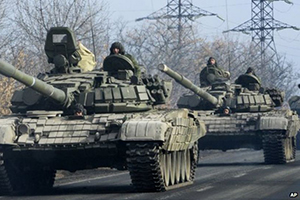 Jews on their way to Israel by sponsoring the Exobus project. Another 7,000 more came later with special van convoys into western Ukraine operated by the ICEJ’s Swiss branch. And since the conflict in eastern Ukraine first erupted in 2014, the Christian Embassy has assisted with the Aliyah of over 2,000 Ukrainian Jews to reach Israel.

Now, the Jewish Agency for Israel has requested the ICEJ’s help with their urgent plans to evacuate imperiled Jewish families from Ukraine and fly them to Israel. Counting those who are Jewish and their close relatives, there are an estimated 200,000 people remaining in Ukraine who are eligible to make Aliyah.

The areas of immediate need right now are three-fold:

For anyone wanting to make a real, timely difference in rescuing Jewish lives from danger and bringing them safely to Israel, you can donate today at www.icejusa.org/ukraine.

Make a difference in the life a Ukrainian Jew fleeing Russian agression.