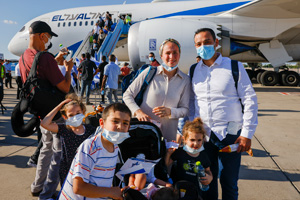 This week, the International Christian Embassy Jerusalem welcomed another Aliyah flight bearing Jewish families making their way home to Israel. This particular flight came from Paris with a group of 160 French Jews on board, with the ICEJ sponsoring the flights for 32 of these newcomers, who hope to start a new life in the Jewish state away from the rising tide of antisemitism in France and elsewhere.

Some may wonder why the need to help French Jews with the costs of their flights to Israel. The general perception is that France is a well-to-do country, and most French Jews can afford the move to Israel. But the reality is that most of the old-line native French Jewish community were wiped out or chased out of France during World War Two and its aftermath. Of the remaining 500,000 Jews left in France today, nearly three-fourths of them come from families who escaped to there from North Africa during colonial uprisings in the region two generations ago. And with them came many Arab Muslim immigrants, who settled alongside the Jewish refugees from Algeria, Morocco and Tunisia in the same poor neighborhoods of Paris, Marseilles and other large French cities.

Today, many of these North African Jewish and Arab refugee families still live side-by-side in these same crowded, poorer neighborhoods, where they still struggle to make ends meet. And over the past two decades, the Jewish families in these areas have come under the increasing threat of antisemitism, especially as many young French Muslims have been drawn into radical Islam and jihadism.

Even in more prospering areas of France, Jews have felt under siege, especially since the terror assault on the Charlie Hebdo magazine offices and the deadly hostage stand-off at the Hyper Cache kosher supermarket in Paris in 2015. As with many other Jewish communities across Europe, Jewish synagogues, day schools, museums and community centers in France all have become like fortresses, with metal detectors and heavily armed guards posted outside.

As a result, nearly 250,000 Jews have left France since around the year 2000, when violent protests erupted against Israel and against Jews at the 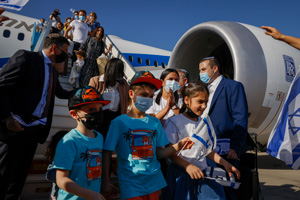 outset of the second Palestinian intifada. Some of these Jewish émigrés have opted to join the growing French Jewish enclaves in Canada, Australia or the US, but a rising number have chosen Israel as a safer location for them. And many of those coming to Israel right now tend to be from these poorer, more vulnerable Jewish neighborhoods, and are the least able to afford the expenses of moving to another country.
So they need our help, and it is our privilege and even our moral duty to assist them on their way home to Israel.

THE TRUTH is that most of the nearly four million Jews who have returned home to Israel over the past 140 years have been poor and in great need of assistance. In began in the 1880s, when Jews from southern Russia decided to flee repeated pogroms by simply leaving everything behind and starting to walk towards Jerusalem – they knew the direction because they had always prayed facing the holy city. At about that same time, remnants of the ancient Yemenite Jewish community felt the same drawing towards the Promised Land and began walking to Zion with few possessions in hand.

This fit the vision of the last-days ingathering of Israel proclaimed by the prophet Isaiah: “What will they answer the messengers of the nation? That the Lord has founded Zion, and the poor of His people shall take refuge in it.” (Isaiah 14:32) This has turned out to be an extremely accurate prophetic word.

After Israel gained its independence in 1948, the young nation made it a priority to bring in all the beleaguered Jewish refugees from Europe who had been denied entry under the British Mandate. The focus was on the 250,000 Holocaust survivors still stuck in displacement camps across Europe. These were primarily European Jews who had lost everything in the Nazi Holocaust – not only their homes and wealth but their families as well. Many were left without a single living relative. So a wave of penniless orphans were absorbed into an already struggling country of 660,000 people.

In his book “My Promised Land: The Triumph and Tragedy of Israel”, journalist Ari Shavit writes about how the state of Israel was established by European Jews who were orphaned by the Holocaust. Many of their parents and grandparents sent them ahead to Palestine in the 1930s but never made it themselves. Others rebelled against their parents and travelled to Eretz Israel on their own, and never saw their parents again. 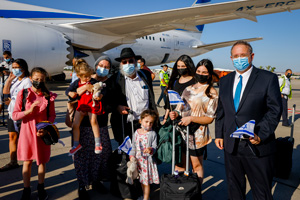 “Zionism was an orphans’ movement, a desperate crusade of Europe’s orphans,” writes Shavit. “As the unwanted sons and daughters of the Christian continent fled the hatred of their surrogate mother, they discovered they were all alone in the world… Having lost one civilization, they had to construct another. Having lost their homeland, they had to invent another. That is why they came to Palestine, and why they now cling to the land with such desperate determination.”

These mainly Ashkenazi Jews from European backgrounds then faced a new and sudden crisis. Following Israel’s victory in the 1948 War of Independence, many of the Arab and Islamic countries began expelling Jewish communities that had lived in their countries for over 2,000 years. In the early 1950s, more than 800,000 Sephardic Jews (of Spanish and Middle Eastern origins) began flooding into Israel, many by foot. They came from Morocco all the way to Iran, stripped of all possessions. Many had left behind large villas and estates and lucrative businesses, only to spend the next several years living in tents. Early on, there were social tensions between Ashkenazi and Sephardic Jews, yet the nation managed to successfully absorb this massive wave of destitute refugees.

The next major wave of Aliyah came when the Soviet Union collapsed, opening the door for over one million Russian-speaking Jews to come home to Israel during the 1990s. As they left their former nations, authorities severely limited the amount of money and goods they could take with them. When neighbors found out they were moving to Israel, no one wanted to pay anything for their homes, knowing it could be gotten on the cheap once they left. Stories abound of these Soviet Jewish olim throwing their last few rubles and kopeks on the tarmac once they landed at Ben-Gurion Airport.

Still today, there are many Jews making Aliyah to Israel who are struggling and need help in re-starting their lives in the Land of Promise. Not all of them can afford the move and the rebuilding of their lives from scratch. So we should be there to help, knowing that Israel after all is a nation built by orphans and outcasts regathered from nations who had always rejected them. Indeed, “The Lord, has founded Zion, and the poor of His people shall take refuge in it.” (Isaiah 14:32)