What Jesus Understood About Hanukkah

Had it not been for Hanukkah, there could have very well not been a Christmas 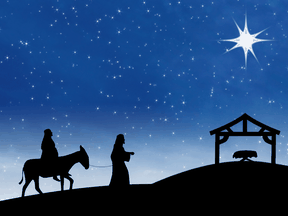 It is no exaggeration to say that had it not been for Hanukkah, there could have very well not been a Christmas. Hanukkah prepared the way for the birth and ministry of Jesus. Therefore, Christians may want to not only wish the Jewish community a Happy Hanukkah, but celebrate it themselves!

The story of Hanukkah begins during the period in-between the Old and New Testaments, when Antiochus IV Epiphanes became the ruler of the Seleucid empire. While the Hellenization of the area already threatened the survival of the Jewish religion, Antiochus seemed obsessed with ensuring the demise of the Jewish faith and thereby, the future of the Jewish people.

He not only murdered the High Priest, Onias III, but he slaughtered 40,000 inhabitants of Jerusalem. All sacrifices, the service of the Temple, and the observance of the Sabbath and of feast days were prohibited. The Temple was dedicated to Zeus, the Holy Scriptures were destroyed, and the Jews were forced to take part in heathen rites.

In his attempt to destroy every trace of the Jewish religion, the final assault was the slaughter of a pig on the sacrificial altar of the Temple, thereby desecrating it. The Maccabean family, from the priestly line of Aaron, led a revolt against this evil ruler and miraculously experienced victory after victory over the mighty Greek forces, until at last the Temple could be purified and its services restored.

This rededication of the Temple to the God of Israel is celebrated during Hanukkah, originally known as the Festival of Dedication. Hanukkah is a Hebrew word derived from the word “to dedicate.”

The defeat of the Greek forces by this small band of Jewish zealots was nothing short of a miracle. God had once again demonstrated His steadfast love and faithfulness to His people by saving them from the threat of extinction. This in itself is cause enough for celebration!

The story goes on to claim that when the Jews re-entered the city of Jerusalem and the Temple, there was only enough of the special oil to light the Temple menorah and keep it burning for one day. But, the oil miraculously burned for eight days while more was being brought from the Galilee—an eight day trip there and back.

The story of the miracle oil is nowhere found in the inter-Testamental writings, therefore it is largely believed to be a legend, however, the very first Hanukkah was indeed celebrated for eight days, and the festival was called the festival of lights as early as the first century. Perhaps archeology will one day uncover a clue to the story’s authenticity.

A Turning Point in History

The events leading up to the Maccabean revolt were prophesied in vivid detail in the Old Testament book of Daniel. In chapter 8, the Angel Gabriel described to the prophet Daniel the coming abomination of a king who would put a stop to sacrifices and desecrate the sanctuary.

The fact that it was prophesied some 250 years before it occurred indicates how serious the threat was to the Jewish people. The Maccabean revolt was a turning point in history that saved the Jewish people and their religion from the threat of extinction.

This story, and the various archeological finds that support it, provide further proof as to the existence of the Temple in Jerusalem. So, while Israel’s modern-day enemies attempt to rewrite history and distort fact by denying the Temple ever existed in Jerusalem, the celebration of the Hanukkah story takes on new meaning.

In John’s Gospel, chapter 10, Jesus entered the Temple during the Feast of Dedication. He would have surely known the story behind the Feast and that the Temple He stood in would not have been in operation without it.

Christians today would also do well to remember the faithfulness of God to the Jews on that first Hanukkah. Had Antiochus succeeded to annihilate the nation of Israel, there would have been no Jewish woman named Mary to become the mother of Jesus Christ.

There would have also been no Temple for the beginning of the Christmas story. Luke 1 starts the nativity story in the Temple with an angel announcing to the priest Zacharias that his wife would give birth to John the Baptist. It is no coincidence that God chose to begin the Christmas story in the Temple, the heart of Jewish life and faith at the time.

Without Hanukkah, the celebration of Christ’s birth could very well have not been possible. So as you wish friends and family Merry Christmas this year, you might also like to wish them Happy Hanukkah!

Susan M. Michael is US Director for the International Christian Embassy Jerusalem.  Her writings can be found at www.icejusa.org/susans-blog