The Year in Review

As we look back at the past year, there were many unique challenges to our ministry in 2021 both here in Israel and worldwide due to the continuing impact of the global pandemic. But with your support and prayers, the International Christian Embassy Jerusalem was able to accomplish so much more than we could have anticipated. 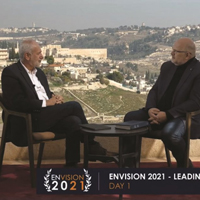 Over 700 pastors and ministry leaders from around the globe took part in the ICEJ’s Envision conference in January, marking our highest-ever participation rate at this annual gathering. Envision was held as primarily an on-line event, streaming out a timely, enriching series of Bible teachings, current affairs briefings, visits with Israeli officials, and panel discussions with local Jewish and Arab pastors. 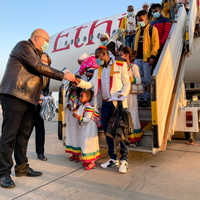 Despite corona travel bans, the ICEJ started out the year by bringing hundreds of Ethiopian Jews to Israel, including one young Ethiopian boy who received life-saving heart surgery once in Israel. Between December 2020 and March 2021, the ICEJ sponsored flights for over 500 of the 2,000 Ethiopian Jewish immigrants who arrived in the “Operation Rock of Israel” airlift. 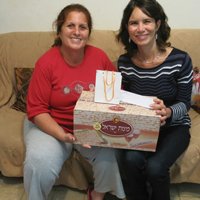 With scores of Israelis struggling financially due to corona, the ICEJ carried out its largest-ever Passover holiday distribution to poor and disadvantaged Jewish families across Israel, while also delivering Easter gift baskets to Arab Christians throughout the Land. 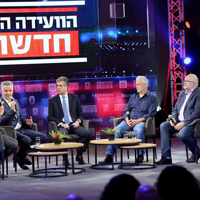 As Israel marked ‘Yom HaShoah’, its annual Holocaust Remembrance Day, several leading Israeli media reported on the ICEJ’s special Home for Holocaust Survivors in Haifa. The news outlets highlighted our team of Christian nurses and volunteers working at the Home, while one of the main Israeli TV channels aired a two-hour telethon to raise funds for the Home. 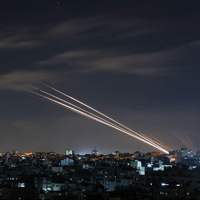 When Hamas in Gaza launched yet another rocket war on Israel, the Christian Embassy sprang into action by ordering 15 new portable bomb shelters, delivering protective vests and fire-fighting suits to first-responders in the front-line border towns, and staging pro-Israel rallies worldwide. And despite the conflict, the ICEJ welcomed Aliyah flights with some 250 Jewish immigrants from a dozen countries just days after the fighting ended. 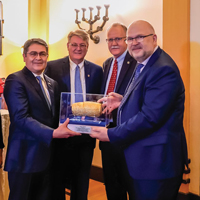 The Christian Embassy welcomed the move of the Embassy of Honduras to Jerusalem and delivered our prestigious Cyrus Award to visiting President Juan Carlos Hernandez for his principled decision to recognise Jerusalem as the capital of Israel. 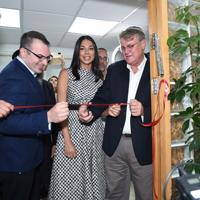 The ICEJ joined with charitable partners to open Israel’s first National Call Center to serve the urgent needs of Holocaust survivors nationwide. The center is located near our Home for Holocaust Survivors in Haifa, and plans are underway to open another call center in Jerusalem. 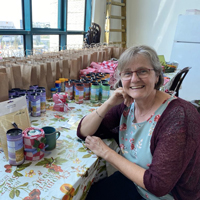 This year the ICEJ marked twenty-five years since the launch of our Homecare program, which provides in-home visits and nursing care for elderly and disabled Russian Jewish immigrants. In the lead-up to the Jewish New Year (Rosh Hashana), ICEJ Homecare delivered holiday baskets to dozens of our elderly and handicapped patients across Israel. 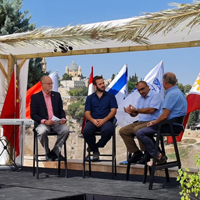 The ICEJ hosted its annual Feast of Tabernacles celebration as an online event, offering a Sukkot journey to key biblical sites across Israel. Many of our Feast participants worldwide built their own sukkahs (booths) to mark the holiday. 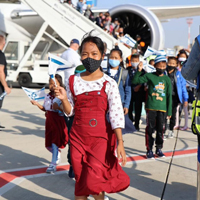 The ICEJ continued to assist Jews making Aliyah to Israel at a record pace this year, including support for a group of 275 Bnei Menashe immigrants from India who arrived this month, along with more than 100 high school graduates from Russia and other former Soviet republics. Other recent arrivals on ICEJ-sponsored Aliyah flights included 32 immigrants from France in June, plus 87 from South Africa and 30 from North America in July. 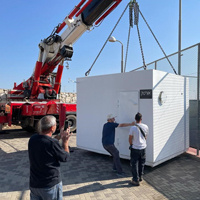 ICEJ delivered some of the 36 new portable bomb shelters donated by Christians worldwide since the Gaza conflict in May, with a focus on protecting vulnerable Israeli communities along both the Gaza and Lebanese borders. 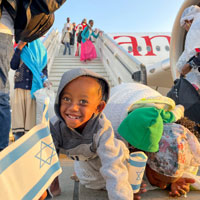 The Christian Embassy worked with Israeli authorities to prepare for an urgent airlift of 3,000 Ethiopian Jews. In 2021, the ICEJ provided assistance for Aliyah and integration to more than 4,000 new Jewish immigrants to Israel from over 20 countries worldwide, including sponsored flights for more than 1,500 new arrivals.

These are examples of our many projects, events and ministry highlights over the past year. With your support, we are bringing Jews home, helping settle them in the Land, caring for Holocaust survivors, protecting vulnerable Israeli communities, and impacting churches and nations around the world.