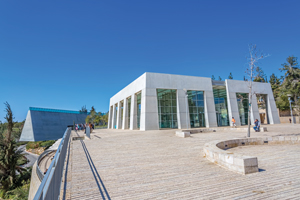 On the slopes of Mount Herzl, a massive concrete wedge divides the mountain. The wedge hosts the most significant Holocaust memorial and museum in the world—Yad Vashem. The unique architecture powerfully depicts how the Holocaust is perceived by most Jews today: as a dark wedge driven by Nazi Germany into Jewish and even world history. Its name is taken from the prophet Isaiah: “I will give within My house and within My walls a monument (Yad) and name (Shem)” (Isaiah 56:5). Its purpose is to ensure the names and memory of the six million Jews who perished in the Holocaust will never be forgotten.

The idea to establish such a memorial dates back to pre-state Israel. In 1942 Jewish leaders started hearing of Germany’s horrendous atrocities against the Jews. Consequently, the concept that became Yad Vashem was first proposed at a meeting of the Jewish National Fund. Just after the war, a Zionist meeting in London in August 1945 considered more detailed plans, and in 1946, Yad Vashem was established with offices in Jerusalem and Tel Aviv. But it wasn’t until 1953 when the Knesset passed the “Yad Vashem Law” that it became the national institution it is today, mandated and supported by the Israeli government.

That Knesset law was clear why Yad Vashem needed to be established: “To commemorate the six million members of the Jewish people who died a martyr’s death at the hands of the Nazis and their collaborators. To commemorate the Jewish families, which were wiped out with their communities, synagogues, movements, and their public, cultural, educational, religious, and benevolent institutions.” Yet the Knesset also mandated that Yad Vashem commemorate “the high-minded gentiles who risked their lives to save the Jews”—what became known as the “Righteous among the Nations.”

Today, Yad Vashem is the leading address worldwide for Holocaust research and commemoration. Every head-of-state visiting Israel starts their official visit by laying a wreath in the Hall of Remembrance at Yad Vashem. Its international significance was powerfully displayed in early 2020, as more than 50 kings, presidents, and prime ministers arrived in Jerusalem to remember the Holocaust and jointly pledge, “Never again!”

Since the Holocaust was perpetrated by “Christian nations”—particularly Germany, the nation of Martin Luther and the Reformation—Yad Vashem’s relations with Christians were essentially non-existent for decades. It was, therefore, surprising when the museum’s international relations director, Shaya Ben Yehuda, approached the Christian Embassy’s former executive director Malcolm Hedding in 2004 with a request to help establish closer ties between Yad Vashem and the growing Evangelical community worldwide. Due to governmental oversight of Yad Vashem, this historic move needed the government’s support, and both the president and prime minister of Israel embraced the idea of setting up the “Christian Desk at Yad Vashem” in partnership with ICEJ.

Since then, countless Christian pastors and leaders from around the world have gone through the educational programs offered by Christian Friends of Yad Vashem (CFYV). CFYV has held many other initiatives, ceremonies, and events during these years. 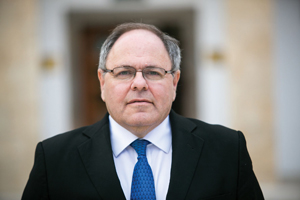 Today, a new page is being turned in the relationship between Yad Vashem and the ICEJ, as Yad Vashem’s newly appointed chairman, Dani Dayan, is ready to build upon our unique partnership. Dayan embodies modern Israel like few others. Through his software company, he has been part of the success of the “Start-Up Nation.” He also has served in a key diplomatic role as Consul General in New York and chairman of the YESHA council representing the Jewish communities of Judea and Samaria. In this latter function, he often attended the ICEJ’s Feast of Tabernacles in Jerusalem. Thus, Chairman Dayan knows and appreciates the importance of Evangelical support, and we look forward to working closely with him.

Additionally, the International Desk at Yad Vashem has a new director, Chaim Gerstner, who is replacing our friend Shaya Ben Yehuda, founder of the Christian Desk.

We recently had productive meetings with Yad Vashem’s new leaders, and both sides are wholeheartedly determined to undergird our mutual partnership with new and exciting initiatives. For our part, the Christian Embassy is greatly encouraged by the fresh enthusiasm and vision of Yad Vashem’s new leadership. It is a tremendous privilege to serve as the Christian partner of this amazing institution tasked with keeping the memory of the Shoah alive. We are working together for a better future to ensure “Never again!” Please join us in this solemn yet exciting mission by supporting the initiatives presented below. May God bless you as you do so!

Honoring the ‘Righteous among the Nations’

Yad Vashem is the only institution that gives official recognition to the “Righteous among the Nations,” a special designation honoring non-Jews who took great 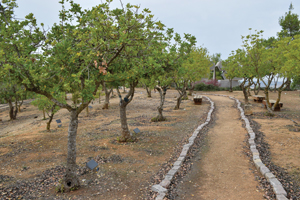 personal risks to save, hide, and rescue Jews during the Holocaust. Yad Vashem has planted some 2,000 trees at its Mount Herzl campus to honor the Righteous among the Nations. These trees serve as a reminder of the light that these gentiles showed non-Jews in the darkest of times, but the trees need yearly maintenance and tending. Christian Friends of Yad Vashem is seeking partners to help with the upkeep of the 2,000 trees for righteous gentiles that line the Mount of Remembrance in Jerusalem. You are invited to identify with their legacy by becoming a Guardian of a Tree. For your donation of $365 per year, you will receive:

The need to preserve first-hand testimonies of what the Jewish people suffered in the Nazi genocide became clear after many people started denying the Holocaust in the years immediately following World War II. Unfortunately, the number of Holocaust Survivors still with us is dwindling every year, and many Survivors have yet to tell their stories. There are now less than 170,000 Holocaust Survivors in Israel, and around 15,000 are passing away each year. Thus, we are in a race against time to collect, record, and preserve their testimonies. Yad Vashem has launched a special project to accomplish this mission, which became even more urgent with the outbreak of COVID-19. They use trained interviewers to help draw the stories out of Survivors, many of whom remain reluctant to talk about what happened to them as youths in Nazi-occupied Europe. Recording and preserving a Survivor testimony for posterity in the Yad Vashem archives costs approximately $1,400. Your generous support will be recognized by Yad Vashem.

Beginning on the evening of April 27 this year, Yad Vashem will host Israel’s official state ceremonies marking Yom HaShoah, the nation’s annual Holocaust Remembrance Day, to honor the six million Jews murdered in the Nazi genocide. As a special partner of Yad Vashem, ICEJ will be on hand to enable Christians to take part in these solemn ceremonies. In addition, plans are underway for the ICEJ to host a live-streamed event on April 28, including reports from the official wreath-laying ceremony in Warsaw Ghetto Square. Churches and even cities worldwide will also observe two minutes of silence in solidarity with Israel’s nationwide siren on Yom HaShoah.