Does The United States Benefit From Its Alliance With Israel? 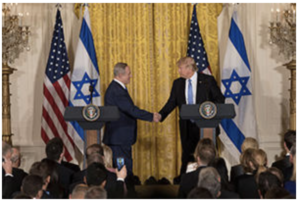 Like a diamond with many facets, Israel shines in its value to the United States. Our ally enhances our national security and economy, and improves our quality of life.

On the national security front, since Israel’s expertise in fighting terrorism is second to none, US and Israeli military train in joint exercises with exotic names like Austere Challenge, Juniper Cobra, and Reliant Mermaid. This training includes missile defense training and search and rescue.

Former NATO Supreme Commander and US Secretary of State Gen. Alexander Haig (deceased) viewed Israel this way: “If there would not be an Israel, the United States would have to deploy real aircraft carriers, along with tens of thousands of US soldiers, which would cost tens of billions of dollars annually, dragging the United States unnecessarily into local, regional, and global conflicts.”

In battlefield medicine, Israel’s expertise in combat and development of post-traumatic stress treatment directly helps our American troops. Israel often takes our military hardware and improves it. For example, Israel created an underside reactive armor for our Bradley tanks which has saved more than a thousand US soldiers from IEDs.

In addition, US police commissioners, police chiefs, and sheriffs rely on Israel’s law enforcement practices, and conduct cooperative programs in both countries. Our airline security is effectively increased due to the Transportation Security Administration learning how to improve their proficiency by working closely with experts at Israel’s Ben Gurion International Airport.

In the economic arena, statistics show that Israel invested more than $25 billion in the United States in 2015. Thirty states have official cooperative agreements with Israel in the fields of technology, agriculture, energy, business, and homeland security.

According to Myron Brilliant, the executive vice president and head of international affairs for the US Chamber of Commerce, our economic relationship with Israel is extensive: the United States has the oldest free-trade agreement with Israel—30 years—which now produces more than $40 billion annually. Israel imports more goods from the United States than any other Middle East nation, even though it is only 2 percent of the region’s population. And because Israel excels in innovation, 250 multinational companies have operations in Israel; two-thirds are US companies like Apple, Intel, Microsoft, IBM, and Cisco.

Israel’s medical innovations are another vast resource for Americans. The list of Israeli medical innovations is extensive, but just a few of their medical advances include: Re-Walk, a robotic exoskeleton that enables paraplegics to walk; Ice Cure, which penetrates benign breast tumors in a ten-minute ultrasound procedure; the Total Lift Bed, which places hospital patients in an upright position; and fingertip monitors, which aid in sleep disorders and cardiac ailments.

Is Israel a benefit to the United States? Facts say a resounding “YES!”