Does Israel Receive The Most US Foreign Aid? 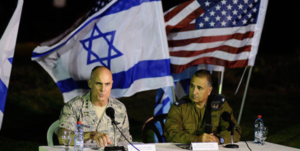 Israel’s detractors and even uninformed friends often complain that Israel receives more US foreign aid than other nations. Let’s clear away the debris of misinformation to look at the facts.

First, take a moment to ask yourself: What percentage of the US budget goes toward foreign aid? Your answer might be 10% or even 25%. It’s much less. Foreign aid is only 1% of our annual budget and includes both economic aid and security assistance.

US foreign aid to Israel is only 6% of the 1%, and it is security assistance—not economic aid. This financial aid designated for military expenses is critical to Israel’s small budget.

Comparing defense spending in several countries as a percentage of Gross Domestic Product (GDP), the US allocates 4.35% for its defense, the United Kingdom 2.49%, and China 1.99%. Tiny Israel spends more than 5.8% of its GDP, the highest in the industrialized world. Surrounded by a sea of terrorist threats, they are forced to allocate a higher percentage of their GDP on their military budget—around $55 billion in 2016.

Nevertheless, Israel is not the largest recipient of US foreign aid. Afghanistan costs American tax payers $4.7 billion per year from both the economic and security assistance budgets.

The $3.1 billion in security assistance to Israel is far less than what the United States spends on other countries if you also take into account the larger Department of Defense budget for things like overseas military bases. There are 48,828 American soldiers stationed on Japanese soil costing the American tax payer $27 billion per year. US troops are also stationed in Germany costing $21 billion and in South Korea $15 billion. Moreover, these American troops may be expected to enter a war if these nations are threatened.

In contrast, Israel does not ask for or want American soldiers to fight their battles. While the United States and Israel closely cooperate on multiple levels, the only US service personnel on the ground in Israel are a few dozen stationed at an Israeli facility housing a US military radar installation.

Most Aid to Israel Stays in the United States

Approximately 75% of Israel’s $3.1 billion annual foreign aid never leaves American bank accounts because funds are used for weapons manufactured right here at home in defense industry plants throughout the country. Thus, US foreign aid to Israel is essentially a way of subsidizing the American defense industry while strengthening the military capabilities of its strategic ally.

Both Democrats and Republicans in the US Congress agree that Israel’s value to US security is incalculable. Congress demonstrated this by renewing a ten-year Memorandum of Understanding (MOU) that increased foreign aid to Israel to $3.8 billion annually beginning in 2018.

Compared to the costs the United States would incur if Israel did not have our backs in the Middle East, this is a small price to pay. Without Israel the United States would be forced to maintain American military bases throughout the region with protective air and sea patrols. This would cost many times over what we pay now in foreign aid to Israel.