What happens when light is rejected 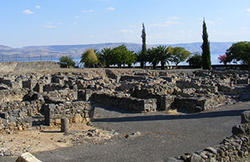 The people who walked in darkness have seen a great light… (Isaiah 9:2)

The common application of Isaiah 9:2 is a spiritual one in which the “people who walked in darkness” are those who lived prior to Christ and without knowledge of His saving power. While that is a valid spiritual application, this verse is actually referring to the people of a specific geographical area: the land of Zebulun and Naphtali, known as the Galilee of the Gentiles.

Upon them a great light would shine when, according to verse 6, “unto us a Child is born, unto us a Son is given.” Jesus is the light that would one day shine upon the Galilee, according to Isaiah.

Galilee had become largely gentile after 722 B.C. when Assyrian forces exiled most of the Israelites and replaced them with pagan and idolatrous Assyrians causing spiritual darkness to fall over the region. While many Jews had returned to the area and repopulated it over the centuries, significant idolatry remained and was encouraged by subsequent Greek and Roman invaders.

Jesus travelled throughout the Galilee healing all manners of sickness, opening blind eyes and deaf ears, raising the dead, and casting out demons. It was on the Sea of Galilee that He performed two of His most dramatic miracles: stilling the storm and walking on the water.

Tourists today can visit the archeological remains of some of the cities in which Jesus ministered. The remains of the first century synagogues in those cities are of the most exciting finds, because one can be fairly certain Jesus visited, and even preached in, them. Both Mark and Matthew say that He preached in all the synagogues of the region.

The synagogue visible today in Capernaum dates to the third century, but it is built over the remains of the first century synagogue that Jesus likely taught in. Another incredible find there is the possible home of Simon Peter. We know Jesus visited this home and on one occasion healed Peter’s mother-in-law of a fever. It is even possible He lived there while in Capernaum.

Mark 1:29 tells us that Peter’s home was very near to the entrance to the synagogue. Archaeologists have uncovered a first century home in that area with a number of indications to its historical significance. The house had eleven coats of plaster on the walls indicating it was a special place that had been well cared for over a long period of time.

The threshold stone is broken but never replaced indicating someone important may have stepped on that stone, and numerous pieces of wall plaster have writing on them referring to Jesus as Lord, the Most High, the Savior, and Messiah, while three of them mention Peter himself. A fifth century church was built over the site indicating it was known by the locals as Peter’s home which had been frequented by Jesus.

In nearby Magdala, a first century synagogue has been uncovered where visitors can see the very floor Jesus may have walked on. Another exciting find in that synagogue is an altar or stone table that is the earliest known artistic depiction of the Second Temple in Jerusalem. Jesus probably rested the Torah scroll upon this stone table as He taught.

While these archaeological finds are exciting and help us to imagine the life and ministry of Jesus, they are also a stark reminder of what happens when light is rejected. Darkness remains.

Matthew refers to Capernaum, Korazin and Bethsaida as the cities in which most of Jesus’ miracles were performed. Yet, Jesus rebuked these three impenitent cities and said that if the mighty works which had been done in them were done in the gentile cities of Tyre and Sidon, or the sinful city of Sodom, they would have repented. He then declared that judgment would result and Capernaum would be “brought down to Hades” (Matthew 11:20-24).

All three cities were destroyed by a series of earthquakes between the fourth and eighth centuries and remain in ruins to this day. What a powerful reminder of Jesus’ words that “everyone to whom much is given, much will be required.” Those privileged to have enjoyed the light of His presence in their midst, and witnessed the miracles He performed, would suffer judgment for rejecting that light.

To better understand the words of Jesus one must read the scriptures in their geographical, historical and cultural context. Thankfully, the Israeli government safeguards archaeological finds and holy sites, so Christians can visit them and not just recount, but experience, the words and ministry of Jesus on a whole new level.