Jesus fulfilled all of the requirements of the perfect Passover Lamb of God. 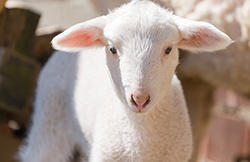 Passover is known as the Festival of Redemption, because it commemorates the children of Israel’s freedom from slavery in Egypt some 3,500 years ago.

We know the story in Exodus well: God chooses Moses and sends him to tell Pharaoh to “let My people go.” Pharaoh refuses and Egypt is visited with ten different plagues that practically destroy the nation. The last plague is the death of the firstborn male of every family.

The Lord uses this plague to teach the children of Israel the principal of redemption through a substitute. He instructs them to choose a young male lamb or goat on the tenth day of the month of Nisan and observe their lambs for three days to ensure they are without blemish. Then, on the fourteenth day of the month they were to slay the lamb and place the blood on the doorposts and lintels of their houses. That evening, when God saw the blood, the plague would pass over those dwellings and would not strike that home.

On the night of that first Passover, all the firstborn in Egypt were under the sentence of death. However, if the Israelites followed God’s instructions, the lambs became their substitutes. God said “When I see the blood, I will pass over you” (Exod. 12:13).

He also instructed them to roast the meat of the lamb in fire and to eat it along with unleavened bread and bitter herbs. The Passover Seder meal enjoyed by Jews today takes those original elements, and a number of others, transforming the meal from a somber time of dread into a joyous celebration of that great deliverance.

A Lamb Without Blemish

Passover became one of three major feasts during which the men of Israel were to make pilgrimage to Jerusalem for its celebration. There they would present their lamb to the priests in the Temple on the 10th of Nisan for inspection and approval. The lamb was then taken home and observed for the next three days to be sure it was perfect, without defect.

Jesus went to Jerusalem for Passover, as did thousands of others, even though He knew what awaited Him there. His Palm Sunday triumphal entry to Jerusalem, followed by His appearance in the Temple, may have, quite prophetically, been on that day of inspection of the Passover lambs.

John the Baptist, a Levite, had already declared Jesus to be the Lamb of God at His baptism when he said, “Behold! The Lamb of God who takes away the sin of the world!” (John 1:29). The Apostle Paul later wrote that we are redeemed by “the precious blood of Christ, as of a lamb without blemish and without spot” (I Peter 1:19), and in I Corinthians he said “Christ, our Passover, was sacrificed for us” (I Cor. 5:7-8).

When the 14th day of Nisan arrived, it was time to observe Passover, so Jesus instructed the disciples how to find the place where they would eat the Passover meal together. They were told to go into the city and find a man carrying a pitcher of water and follow him to his master’s house where there would be a large upper room for them to use. They were to prepare the Passover meal there. Scripture does not tell us what was involved in the preparation of the Passover meal and assumes we know that in addition to preparing the unleavened bread, wine, and bitter herbs, there was the task of killing a sacrificial lamb at the Temple (Mark 14:12).

On that day, the Temple would have been filled with worshippers, each bringing their family’s lamb. At the threefold blast of the priests’ trumpets, the lambs were slain and their blood spilled into a golden bowl and passed up to the great altar. While this was being carried out, the Levites chanted the “Hallel” which is Psalm 113-118. The Hallel ended with the crowd of worshippers proclaiming the last two verses aloud, Psalm 118:25-26.

“Hosanna,” or “Save now,” was what the throngs had also cried out earlier when the Lamb of God, who would be slain for the sins of the world, had passed by them on His way to the Temple.

The prophet Isaiah had prophesied that the Messiah would be like a lamb: submissive even while being led to the slaughter (Isaiah 53:7). Jesus did suffer silently before the religious and civil authorities and gave no defense for Himself as they interrogated Him (Matt. 27:12-14).

Jesus fulfilled all of the requirements of the perfect Passover Lamb of God. No wonder the Apostle John saw in his vision of heaven the angels crying out: “Worthy is the Lamb who was slain, To receive power and riches and wisdom, And strength and honor and glory and blessing!” (Rev. 5:12).

Susan M. Michael is US Director of the International Christian Embassy Jerusalem. 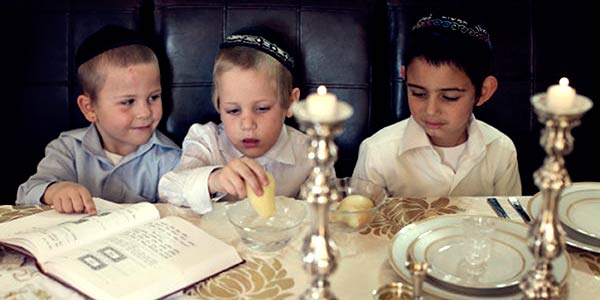