The world is changing rapidly around us, and our children and grandchildren are growing up in an America that is very different from the one we grew up in. But if they turn to the Lord and dedicate themselves to Him, He will be with them, and they, too, can do mighty things in Him.

They can reach their generation and world. Our responsibility is to pass on to them a knowledge of God and His mighty works in history. We learn this lesson from the story of the Israelites.

God first revealed Himself to the patriarchs—Abraham, Isaac, and Jacob. Then the family ended up in Egypt due to famine. Centuries later God had to reveal Himself to a whole new generation of people—one that was broken and abused—and He freed them from slavery. Due to their disbelief, they had to wait and wander in the wilderness for 40 years until a new generation was in place God that could work with.

However, after all that, Judges 2:10 tells us the faith-filled, land-possessing generation had passed away, and the new one did not know God nor what He had done for Israel. They led the nation into apostasy and away from God for generations to come.

God clearly understood the need to reveal Himself to generation after generation. The problem seems to be that the previous generation had not prepared their young people with a knowledge of God who wanted to initiate a relationship with them. And they fell away.

The lesson for us is to teach the younger generations about God, His ways in history, and His desire to walk in fellowship with them. He is the same generation to generation.

This week we hear the miraculous story of the fall of Jericho and why that ancient city was the first on God’s list to conquer. The Israelites then go on to take the Land and divide it up amongst the tribes. Only problem is they did not teach the next generation about the mighty acts of God and set the stage for apostasy. This episode complements the daily readings from our Walk Thru the Bible reading plan for April 12-18, covering Joshua 9-24; Judges 1-5.

Going Deeper in Week 11: Evidence of the Conquest

We are going to close out the New Testament with books written from a Hebraic world view. The books of James and Hebrews were written to Jewish members of the early church and written about subjects of great concern to them. The last book—Revelation—was not only written in a very popular Jewish writing style of the day but is full of Old Testament symbolism. One ancient story in particular provides the key to unlocking the highly symbolic and prophetic book.

This episode complements the daily readings from our Walk Thru the Bible reading plan for January 24-30, covering James, Hebrews, Revelation 1-18.

Show Links:
Share your Walk Thru the Bible testimony with us and receive a free resource: https://www.icejusa.org/iwalked

Passover: The Key that Unlocks the Book of Revelation by Daniel Juster – https://www.amazon.com/dp/1936716216/ref=cm_sw_em_r_mt_dp_R2XTPQ1CZYGSM4B5WEFJ

The Key to Revelation (Out of Zion Episode #79) 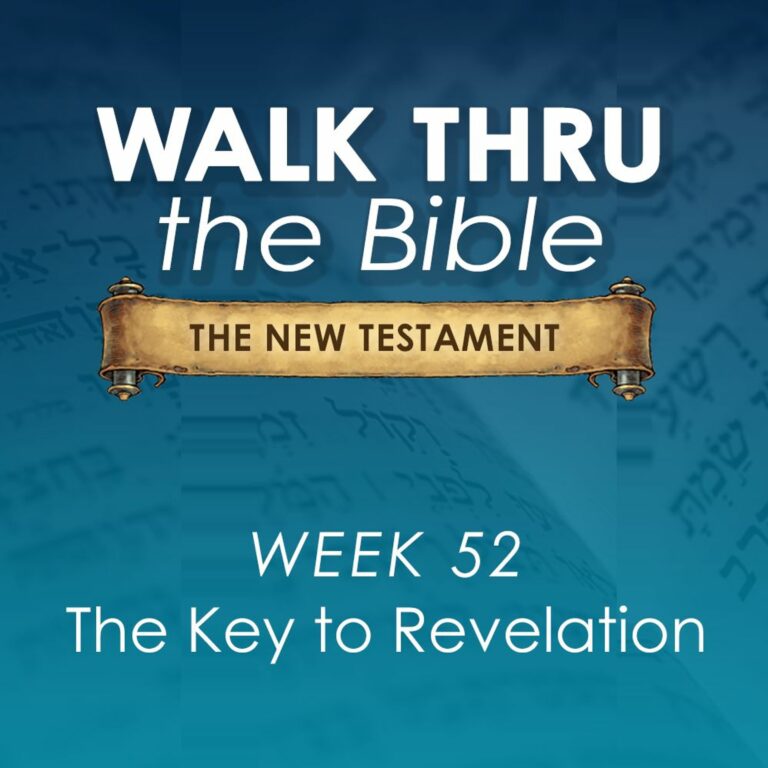