I Am The God Who Heals 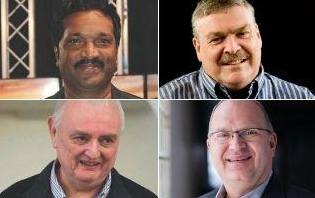 When the Israelites escaped Pharaoh’s armies and began their journey through the wilderness, God began to reveal to them who He was—the God of Abraham, Isaac, and Jacob who had delivered them from slavery. The very first revelation found in Exodus 15:26 is that He was Jehovah-Rapha, the “God who heals.” The next wilderness lesson was that He was also their provider.

We serve a mighty God who cares about His people and their needs, but often the trials and tribulations of life distract us and cause us to forget who He is and all that He has done for us. He knows this and understands—and His remedy is remembrance. As we review our lives and the ways God has blessed, provided for, and guided us through difficulties or healed sicknesses, we are encouraged, and our faith is increased to trust Him yet again.

Because of the importance of remembering, God designed many of the feasts and observances in such a way that required the Israelites to recall what He had done for them and their forefathers. The Feast of Tabernacles, for example, required the Israelites to dwell in temporary booths for one week to remember how God had provided for their forefathers in the wilderness.

As we prepare for the Feast of Tabernacles, I wanted to take the opportunity to remember what God has done for us at the ICEJ over the last few years. We have experienced miraculous healings, and we have seen the power of prayer at work. As I share these testimonies, I hope that you, too, will be encouraged to turn to the Lord. He is the God who heals and provides.

Through the Fire Unscathed

When you pass through the waters, I will be with you;
And through the rivers, they shall not overflow you.
When you walk through the fire, you shall not be burned,
Nor shall the flame scorch you.
For I am the Lord your God,
The Holy One of Israel, your Savior.

As I read the words, they resounded deep in my heart, and I knew the Lord was speaking to me. The next morning when the doctor phoned with alarming test results, I immediately had peace. The Lord had known this was coming, and He had not only warned me, but He promised He would go through it with me, and I would come out unscathed. That is truly what happened. Looking back now, it is as if it never even happened. I came out unscathed just as He promised.

If we really believe God, then troubles should not be crises of faith but opportunities to run into His loving arms and receive from Him all that we need. I ran to Him—the God who heals—and experienced His deliverance.

At the beginning of this year, the former Executive Director of the International Christian Embassy Jerusalem and ongoing International Board Member Malcolm Hedding attended strategic planning meetings of the ministry in Jerusalem. On the final night, being quite tired from international travel and wall-to-wall meetings, Malcolm went to bed early.

During the night, he was awakened by an excruciating pain that had erupted, without previous symptoms, in his abdomen. At first, he thought it was possibly food poisoning, but when it became more aggressive and painful, he knew that something serious was wrong, and so he called his daughter Charmaine, who lives in Ramat Aviv. She, driving like Jehu did his chariot, rushed over to pick him up and get him to a hospital.

Once in the hospital, he was diagnosed with a serious infection of three organs: the pancreas, liver, and gall bladder. He was rapidly dehydrating, and his gall bladder was diseased beyond recovery. A team of five doctors told him that he had about five hours to live and that he needed urgent life-saving surgery.

Dr. Jürgen Bühler, the ICEJ president, put out a global prayer alert for Malcolm. Malcolm’s wife, Cheryl, flew out to Israel to be with him, and he was rapidly prepared for surgery. After a four-hour surgical procedure, Malcolm was placed in an intensive care ward—and all the while the people of God, all over the world, were praying for him. Intercessors, burdened by the Holy Spirit, prayed for him throughout the day and night.

Malcolm made it through and, while he still had to undergo three more surgical procedures, there was no doubt that Jesus had intervened and saved his life, and this also because of the faithful prayers of the people of God everywhere. Most certainly, Malcolm was saved to continue serving the kingdom of God and the purpose that God has for Israel. Prayer is powerful and is a tool to bring about a miraculous turn of events.

The ICEJ UK Director, Rev. David Elms, was preparing to travel to Israel for the 2016 ICEJ Feast of Tabernacles celebration when he experienced an excruciating pain in his kidneys. He collapsed on the floor and was then taken to Liverpool hospital, slipping in and out of consciousness. The specialist told his wife it was an aortic abdominal aneurysm and told her to gather the family to say goodbye as there was little chance of David coming through the operation.

If the aneurysm had happened 24 hours later, David would have been on the plane to Israel; there would have been nothing anyone could have done to save him. But God has a providential plan and purpose for each person’s life.

On opening night of the Feast at Ein Gedi, the main speaker addressed the ICEJ leadership and said he had a word from the Lord that someone closely linked to the ICEJ ministry was ill, and the whole assembly should pray for him. So thousands gathered in prayer. He went on to say that in a few hours, the man’s kidneys would be healed. Back home a few hours later, the surgeon approached David’s wife and said there was no damage to the kidneys; the doctors were now hopeful he would make a full recovery.

David was soon well and back to his work with the ICEJ. His doctor told him, “We call you the miracle man. Eighty-five percent of people who suffer from these aneurysms die, and of the remaining 15 percent, many are left with various handicaps.” David said, “I am not a miracle man, but I follow and serve a miracle-working God who answers the prayers of His people.”

Jesus, Get Me out of Here

Early one morning in November 2016, ICEJ India Director Pastor Dany woke up at home in Vijayawada, Andhra Pradesh, to pray and to work on his computer. When he switched on his computer, it sparked an explosion of leaking gas. The room erupted in flames, and the building started to collapse.

Pastor Dany cried out to the Lord with one single prayer: “Jesus, help me get out of here!” Protecting his face with his arms, he somehow stumbled through the raging fire, over rubble, and into the street where many neighbors had gathered after hearing the explosion and helped get him to the hospital.

For three days, Pastor Dany laid in bed in excruciating pain, his arms and legs covered with bandages, his face badly burned by the flames. Thankfully his family was unharmed, but he thought his life was over. He feared he would never be able to move his arms again, continue his ministry, or look after his family. He felt completely crushed.

Then something miraculous and supernatural happened. Pastor Dany had a vision of a man asking, “Why are you crying? Why are you in pain?” With bewilderment, Pastor Dany answered, “I cannot move my arms. I cannot even move my fingers. Isn’t it obvious? My whole life is over.” Then Pastor Dany asked, “Who are you?” The man in the vision replied, “I know who you are. I have met you in Jerusalem. Now start moving your fingers.” He moved his fingers and then his arms and then, to the amazement of the hospital staff, he got out of bed.

At the advice of an Israeli doctor, Pastor Dany requested his bandages be peeled off to facilitate the healing even though it was excruciatingly painful. The doctors had advised it would take two to three months before he would be ready to leave the hospital. But lo and behold, Pastor Dany walked out of the hospital on the ninth day and preached at his local church the very next day. No one could believe it! Jesus had delivered him!

Jürgen, You Are Here!

In December 2015, ICEJ President Dr. Jürgen Bühler was diagnosed with advanced kidney cancer that was growing out from the kidney into the main vein, winding “like a snake” toward his heart. As advanced as medicine is in Israel, there were no Israeli doctors with the experience to operate on such a rare and severe case. The serious expression on the doctor’s face showed he did not have much hope for Jürgen.

People began praying for Jürgen around the clock and from across Israel and all around the world. The Holy Spirit gave him and his family peace that surpassed their understanding, which was in total contradiction to their circumstances. Upon arrival in Germany for the surgery, they requested one final ultrasound—still believing for a miracle. The results, however, were sobering. “Much of your abdomen is unrecognizable,” said the doctor. “Everything is full of cancer.”

The surgery took much longer than planned due to complications. The specialist said it was one of the most complex operations he had ever done, requiring 25 units of blood just to get Jürgen through it. Doctors did not know if he would survive and put him in an induced coma, which was supposed to last for several days. To everyone’s surprise, he woke up the very next morning—still in extremely serious condition. On the second day, however, a remarkable restoration started to take place. Ten days after the operation, he left the hospital and, just two weeks later, Jürgen and his family were on the airplane back to Israel.

When he went to see his doctor in Jerusalem, the doctor’s mouth dropped open followed by a big smile a few seconds later. “Jürgen, you are here!” he shouted. He had obviously not expected Jürgen to survive long enough to see him again. But God had other plans and had intervened on his behalf.

In all these situations, people of faith handled trouble by going to the Lord in prayer. We thank God for all of the wonderful doctors and the medical advances that were used in each of these stories. But even doctors know their work can only go so far. That is when we turn to the God who heals.

We serve a great God. His mercy is new every morning, and great is His faithfulness to fulfill His Word. If you need prayer, feel free to let us know at the ICEJ USA, and we will stand with you in faith.

The Bible’s Prescription for Anxiety

Why is Israel So Controversial?

The Miracles of Israel