The Truth About Israeli Settlements 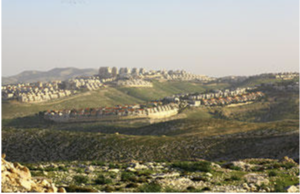 Settlements are not the Major Obstacle to Peace

While settlements can be a source of conflict, they are not the major obstacle to peace. From 1948-1967 no Israeli settlements existed, yet the Palestinian leadership and the Arab World still sought Israel’s annihilation.

As a result of the resounding Israeli victory in the 1967 Six-Day War, Israel gained the “West Bank,” “Gaza,” ”Golan Heights” and “East Jerusalem.” Less than a week after the war ended, the Israeli unity government under PM Levi Eshkol affirmed – and then told the Americans — that Israel would return the Sinai Peninsula to Egypt and the Golan Heights to Syria in return for signed peace treaties. Separate negotiations would then be conducted regarding the future of the Gaza Strip, the West Bank, and the refugee issue. While Egypt accepted the Sinai offer, Syria rejected the Golan Heights offer. Negotiations over the West Bank and Gaza failed.

Settlements do not Jeopardize Future “Land for Peace” Deals

In the meantime, some Israelis took up residence in areas around Jerusalem that were across the 1967 armistice lines. These Israeli developments, known as “Settlements,” only take up around 2% of West Bank land. Over time, US Administrations recognized that Israel would retain some of these towns in any peace agreement.

Israel has uprooted other settlements such as those in the Gaza Strip. In 2005 Israel evacuated all the Jewish families living in Gaza—a total population of 8,000. However, instead of making peace, Hamas—a terrorist organization—took over the Gaza Strip and responded by firing thousands of rockets at Israeli cities in the ensuing years.

The Israeli Government is not Building New Settlements

For years, the only legal construction allowed by the Israeli government has been within existing communities to accommodate the natural growth of resident families. Illegal outposts, which do not conform to Israel’s policies, do exist. Some critics fault the Israeli government for not dealing with them more forcefully, but the government works to resolve the issue peacefully or by court order.

Israeli Settlements may not be Illegal at all1

Many legal scholars question whether Settlements are illegal at all. Eugene V. Rostow, one of the authors of UN Security Council Resolution 242—written after the 1967 war to create a framework for peace negotiations—stated, “The Jewish right of settlement in Palestine west of the Jordan River, that is, in Israel, the West Bank, Jerusalem, and the Gaza Strip, was made unassailable. That right has never been terminated and cannot be terminated except by a recognized peace between Israel and its neighbors.” Moreover, Rostow contended that “The Jewish right of settlement in the area is equivalent in every way to the right of the existing Palestinian population to live there.”

Others contend that the Geneva Convention, passed after WWII, makes the Settlements illegal. The December 2016 UN Security Council Resolution 2334 Vote—passed due to the US government’s abstention—declared them illegal and opened the door to future international actions against Israel.

Palestinians are Building Illegally around Jerusalem2

All of the governments and international bodies that criticize Israel for building what many claim to be legal communities are silent about the construction of new Palestinian developments surrounding Jerusalem. According to a detailed article by Bassam Tawil of the Gatestone Institute, the questionable construction is primarily in Zone-C, which under the Oslo Peace Accords should be territory controlled by Israel. According to Tawil, Palestinians estimate that in the past few years they have built more than 15,000 illegal housing units in areas surrounding Jerusalem as part of a plan to encircle the city. These are not single family homes, but massive apartment complexes without proper licenses, not built to code, and some without proper sewage. The article claims that many of the “contractors” are land-thieves and thugs who are building without permission on private Palestinian-owned land or on lands whose owners are living abroad.

The Major Obstacle to Peace is Palestinian Leadership

Susan M. Michael is US Director of the International Christian Embassy Jerusalem www.icejusa.org and her articles can be found at www.icejusa.org/susans-blog and www.israelanswers.com/blog