God Will Judge Every Deed (Week 22)

God promised King David an everlasting dynasty and that if David’s son who succeeded him sinned, he would be punished but not removed as king. Therefore, when David’s son, King Solomon, fell into idolatry, God did not remove the kingdom from him but waited until Solomon’s son, Rehoboam, had taken over as king. Once the Solomonic kingdom was passed on to his son, God tore the bulk of the kingdom—10 of the 12 tribes—away and put them under the rule of King Jeroboam.

God made an amazing promise to Jeroboam. He promised him a dynasty as enduring as the one he had given to David. The only catch was Jeroboam had to obey the Lord and observe His commandments—something that proved to be too hard for the new king.

Jeroboam was concerned that if the citizens of the northern kingdom of Israel went to worship in the temple in Jerusalem, located in the territory of Judah’s southern kingdom, he would lose their allegiance. They would be more inclined to serve King Rehoboam because of his role as custodian of the temple and the Holy City of Jerusalem.

Jeroboam came up with a plan to set up his own worship centers—one in the northern city of Dan and one in the southern city of Bethel—so his citizens could worship without leaving his territory. He then went so far as to make two golden calves and perverted the worship of Yahweh with these idolatrous cult images. He even appointed his own priests to officiate.

In response to Jeroboam’s disobedience, the Lord pronounced an end to his dynasty. He could have had it all, but he went out in his own strength, disregarding the commandments of the Lord and telling himself he was doing the right thing politically.

The lesson for us is this: “God judges every deed” (Ecclesiastes 12:14). This was the conclusion Solomon came to and it is the lesson we learn from the story of Jeroboam.

Join me for this episode of the Out of Zion podcast, “God Will Judge Every Deed.” Walk Thru the Bible with me each week by downloading our Bible reading plan, and get started reading right away!

Jeroboam is made king over ten tribes and is promised a kingdom as enduring as David’s. He leads the people of Israel into idolatry instead. Rehoboam is king over Judah, which includes Jerusalem and the temple, yet he also leads his people astray. Ecclesiastes concludes that God will judge every deed—judgment must come.

This episode complements the daily readings from our Walk Thru the Bible reading plan for June 28-July 4, covering Ecclesiastes, 1 Kings 12-16, 2 Chronicles 9-18.

ICEJ USA
We are finishing up the first quarter reading for Walk Thru the Bible, which means we’ve already walked through one-fourth of the Bible together. And what a journey it has been so far! We certainly have been impacted by this experience, and trust you are too. Walk Thru the Bible’s first three months have set the stage, and the events which will soon unfold are the climax of the story. In May, we begin with David’s rise to the throne and cover his reign as well as his successors, through to the divided kingdoms of Israel and Judah.
Listen On Apple Podcasts Listen On Google Podcasts Listen On Spotify
The Time to Favor Zion Has Come (Walk Thru the Bible Week 38)
by ICEJ USA

After seventy years of exile, singing the songs of Zion in a foreign land and wondering if God would ever favor them again, the children of Israel witnessed the end of the Babylonian empire. The new Persian king, Cyrus, allowed the Jews to return to Jerusalem to rebuild their temple. It was a moment filled with joy but also sorrow for all they had lost and now must rebuild.

This episode complements the daily readings from our Walk Thru the Bible reading plan for October 18-24, covering Daniel 6-9; Various Psalms.

Sign up for emails about upcoming shows: http://www.outofzionshow.com
More info on Susan: https://www.icejusa.org/susans-blog 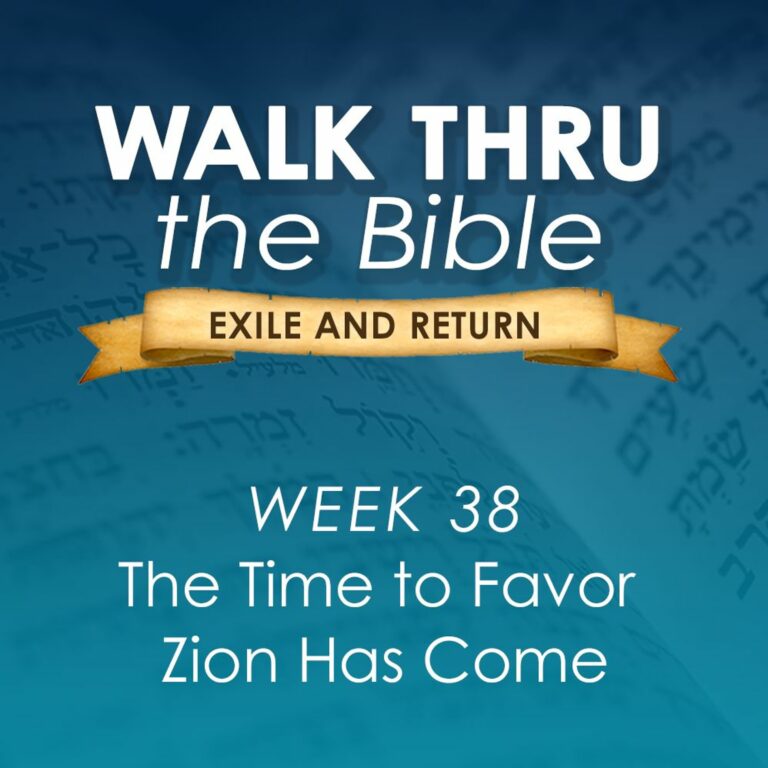 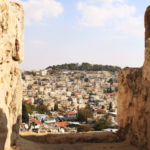 The Time to Favor Zion Has Come (Week 38)

After the fall of Jerusalem to the Babylonians, the children of Israel found themselves in exile in the land of their enemy. 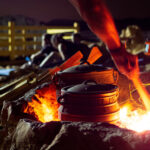 God wanted to prove the stuff Job was made of! But what a test...Then God spoke. And everything changed in an instant. 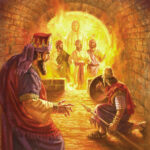 God Delivers Those Who Obey Him (Week 36)

The story of Shadrach, Meshach, and Abednego is a wonderful story of God’s power over the idolatry and tyranny of the time. What a mighty God we serve! 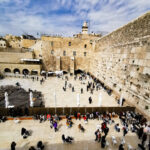 God Will Vindicate His Name (Week 35)

The prophet Ezekiel has a series of visions and prophecies to minister hope to his fellow exiles in Babylon.

As Jeremiah warned King Zedekiah of impending judgment; the only rays of hope were prophecies of a future Messiah and a new covenant...

Ezekiel watched as the glory of God rose out of the temple, moved over the eastern gate, and stopped above...the Mount of Olives.