What Does the Bible Say About Israel?

God would restore the kingdom to Israel; but the timing is not mankind’s concern. 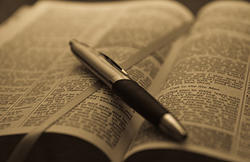 Millions of Christians support Israel. You don’t have to be a biblical scholar to understand why.

The biblical basis for Christian support of Israel (known as Christian Zionism or Biblical Zionism) is found in the Abrahamic Covenant from the book of Genesis. This sacred covenant is confirmed throughout the Bible, including in the New Testament. Biblical Zionism existed 3,000 years before the modern political Zionist movement.

It is through this covenant that the Land of Canaan was given to the Jewish people as an everlasting possession for the purpose of world redemption, and that God initiated a spiritual law of blessing with the Hebrews so that those who bless the Jewish people will be blessed, aligning themselves with God’s eternal redemptive plan. Similarly, those who oppose His people will find themselves in direct opposition to God’s redemptive plan.

The Bible instructs Gentiles to pray for the people of Israel.

Genesis 12:3 tell us to bless them, Psalm 122:6 and Isaiah 62:6 tell us to pray for them, Isaiah 40:1-2 tells us to comfort and encourage them, while Isaiah 60:10-12 tells us to assist them. The list goes on but the pattern is clear: God wants Christians to cultivate strong relationships with the Jewish State and her people.

Jesus affirmed that everything the prophets foretold – including the Jews’ return to Israel — will be fulfilled.
“Think not that I am come to destroy the law, or the prophets; I am not come to destroy but to fulfill. For verily I say unto you, Till heaven and earth pass, one jot or one tittle shall in no wise pass from the law, till all be fulfilled” (Matthew 5:17-18)..

Right before Jesus’ ascension into Heaven, the disciples asked Jesus if he was going to restore the kingdom to Israel to which he replied “It is not for you to know the times or the seasons, which the Father hath put in his own power” (Acts 1:6-7). His answer was clear: God would restore the kingdom to Israel; but the timing is not mankind’s concern.

The calling on the Jewish people is irrevocable.

In Romans 11:1, Paul exclaims “God has not cast away His people;” and in verses 25-29, adds that “…as far as the election is concerned, they are loved on account of the patriarchs, for God’s gifts, and his call are irrevocable.”

In short, the Bible has much to say about Israel and how we, as Christians, have a responsibility to defend her.

Susan Michael is the US Director of the ICEJ and creator of www.IsraelAnswers.com.